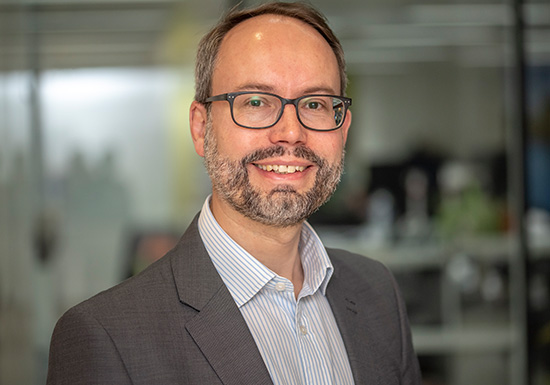 Elementa advocates continuous professional development through all stages and career paths within the firm, from those starting out in their profession to the highest management positions. Nurturing has been one of the longstanding three pillars our company bases its foundation on, cultivating an ethos of being a centre of excellence throughout each department, in each office, and across all regions. Achieving fellowship status at the Chartered Institute of Building Services Engineers is the most senior accolade awarded to a building services engineer within the UK, and we are delighted this honour has been granted to Simon Ebbatson, Principal at the London Office.

Simon started his career over 22 years ago and has spent nearly 17 of them with Elementa, where he has established himself as a leader, motivator and technically excellent engineer, subsequently being appointed to the board of Elementa. Amongst his remit to the board, Simon leads the company’s Quality Management and Technical Development, ensuring consistency and accuracy within Elementa’s designs and innovations.

In tandem to his responsibilities, Simon is passionate about mentoring the next generation of talent, recognising the progression of his career was through Elementa’s nurturing environment. Simon currently guides 2 colleagues on the company’s CIBSE accredited training scheme and in past 3 years he has sponsored 8 of Elementa’s Engineers to successfully achieve MCIBSE designation.

Building a prestigious portfolio within schools and University facilities throughout his career, Simon heads up our Education and Higher Education sectors and has successfully delivered projects for institutions including University College London, Imperial College London, King’s College London to name a few. His reputation earned him a judging role at this year’s CIBSE Building Performance Awards, which utilised his understanding of design of low environmental impact buildings to contribute in recognising the top sustainable initiatives and projects of the year.

Attaining Chartered Engineer status in 2003 and becoming an accredited Fitwel ambassador in 2016, Simon’s newly earned fellowship designation follows his former achievements and sets a precedence for Elementa’s continuous professional development mission for all of our staff.