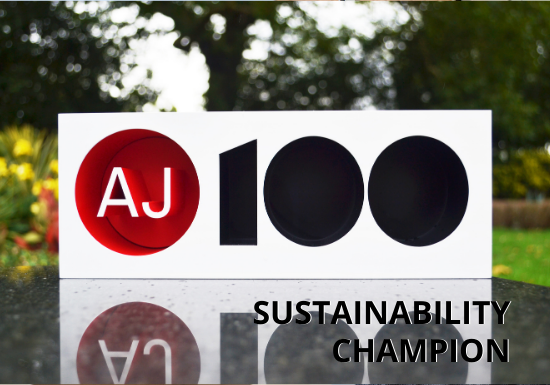 Elementa Consulting are proud to announce that Associate Clara Bagenal George has won the Architects’ Journal AJ100 Sustainability Champion of the Year award in partnership with Clare Murray of Levitt Bernstein Architects, for their collaborative work as part of London Energy Transformation Initiative (LETI).

After founding LETI in 2017, Clara has influenced government policy with the GLA plan, win the 2019 CIBSE Young Engineer of the Year, and facilitate industry consensus on net-zero buildings and how we can meet our climate change targets. Winning this award is a testament to the impact that collaboration between architect and engineer has on achieving sustainability goals. 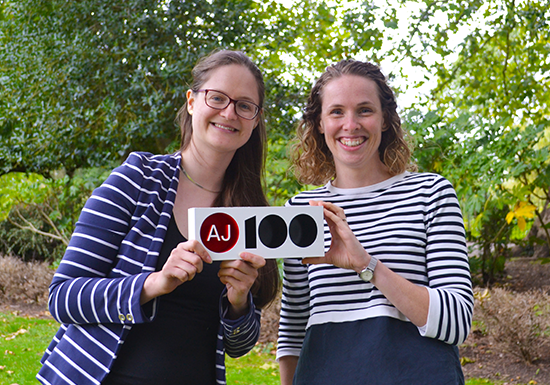 Thank you to Glenn Howells Architects and Levitt Bernstein for their nomination.

Speaking about their award win, Clara and Clare said, “We are so honoured to win this award.  But this is not just for us, this is a big thank you to all of those who have been involved in LETI, and continue to drive and support action on climate change. We are still in a climate emergency, and so will continue to collaborate with honesty, integrity, and transparency with all of our industry peers”.

Sustainability Champion of the Year

The AJ is delighted to name Clara Bagenal George of Elementa Consulting and Clare Murray of Levitt Bernstein as joint recipients of the inaugural AJ100 Sustainability Champion of the Year award for their work on the LETI (London Energy Transformation Initiative) Climate Emergency Design Guide. Launched in January, this detailed primer on how new buildings can meet UK climate change targets has quickly established itself as a widely-quoted industry reference.

The guide is available free on the LETI website and has already been downloaded more than 15,000 times. Its value lies in its clarity in breaking down the UK’s aspirational 2030 target into specific manageable steps of technical guidance for clients, design teams and policy officers. It sets out a net zero approach for four common building types: small and medium-sized housing, an office building and a school.

To produce the guide, Bagenal George and Murray galvanised a 100+ group of volunteers in multiple workstreams: operational energy, embodied carbon, future of heat, demand response and energy storage, and data disclosure. This output was then peer-reviewed and assembled into an accessible 138-page document with explanatory diagrams.

Taking a holistic top-down modelling of total UK renewable energy production as a starting point, the LETI guide situates the net zero debate in a national context, broadening its focus beyond an individual building.

Bagenal George and Murray are dedicated sustainability champions who are worthy recipients of this new AJ100 award, which recognises their passion and commitment in making the LETI Guide a reality.